April 27, 2014
Check those axle bearings! This is one of the most commonly overlooked preventive maintenance items with classic cars.

Many older cars, especially Chrysler Corporation vehicles, used stout Timken tapered roller bearings for the "rear wheel bearing". The bearings are usually pressed onto the axle shaft, while the cup or race was a snug fit into the axle housing. Axle shaft end play was adjusted by the use of shims between the housing and the outer seal retainer on early models. Later models used a threaded adjuster to obtain correct end play. Some other car manufacturers used a weaker ball bearing arrangement which has considerably less lateral load strength.

Many people are intimidated by the adjustment of tapered roller bearings in a rear axle, especially if there are shims or dial indicators involved. The later threaded adjuster is as easy as pie! All mechanics should be well acquainted with the proper use of the dial indicator. Each application has it's own spec for axle shaft end play, but most will range from .005" to .015" or so and the only way to know you are "there" is with the dial indicator. I typically measure a car before tear down, during adjustment, and then again after final assembly.

The rear bearing is greased just like a front wheel bearing and separated from gear oil by a seal pressed into the axle housing. The outer seal serves the same purpose as that of a front wheel seal: to keep brake dust, dirt and moisture out of the bearings. I've seen a few of these bearings installed dry as a bone because guys thought they were lubed by 90 weight gear oil. NO! 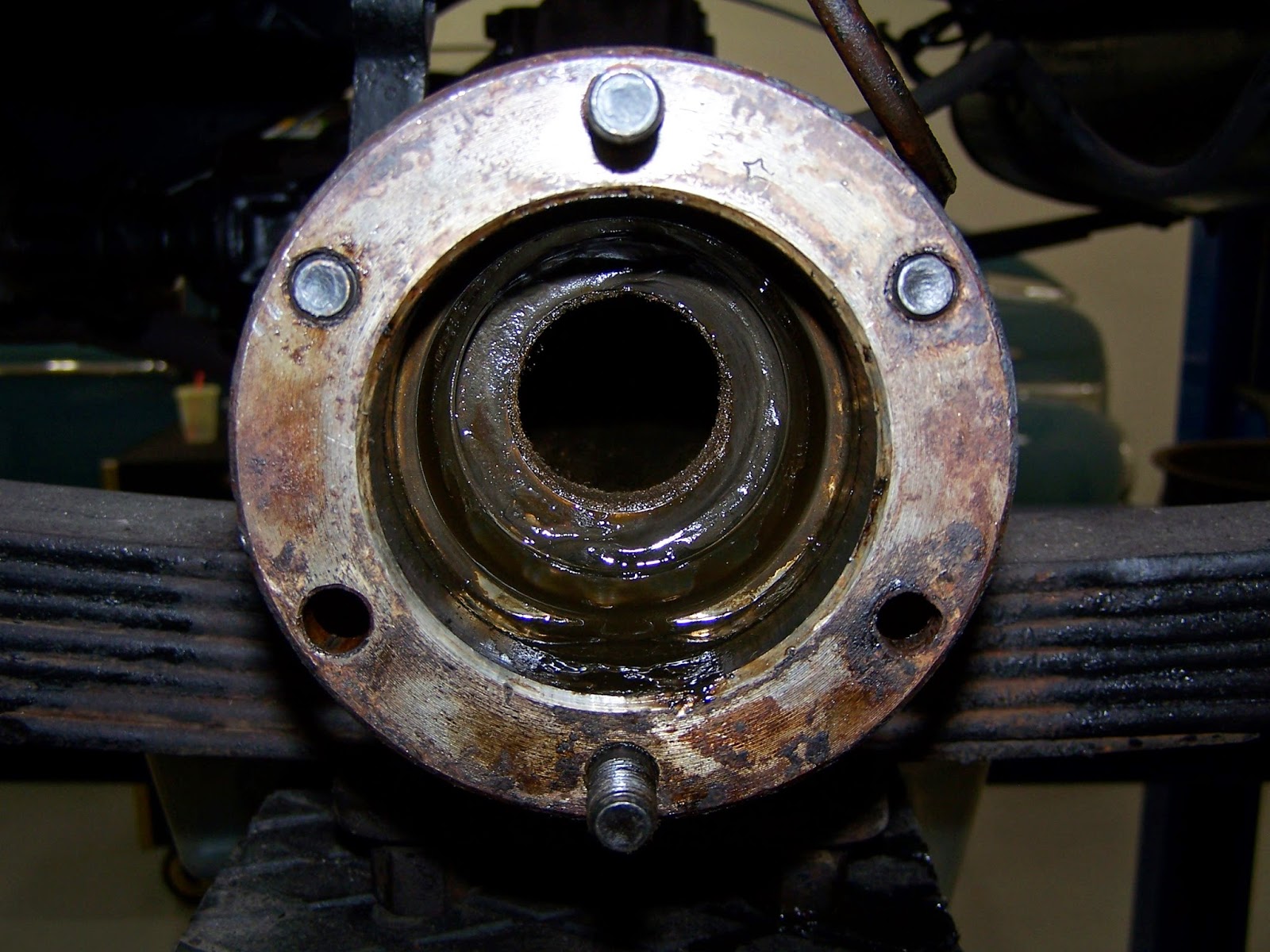 The axle housing inner seal serves a critical purpose: to separate gear oil and bearing grease. When the inner seal begins to fail, most outward inspections will fail to reveal it until the gear oil begins to seep from the brake drum/backing plate area. By this time, it's very important to dig in and have a look because if you run it like this for long the lighter viscosity oil will "wash out" the bearing grease, leading to premature bearing failure and possible catastrophe.

This old Plymouth has a very unusual rear bearing arrangement: 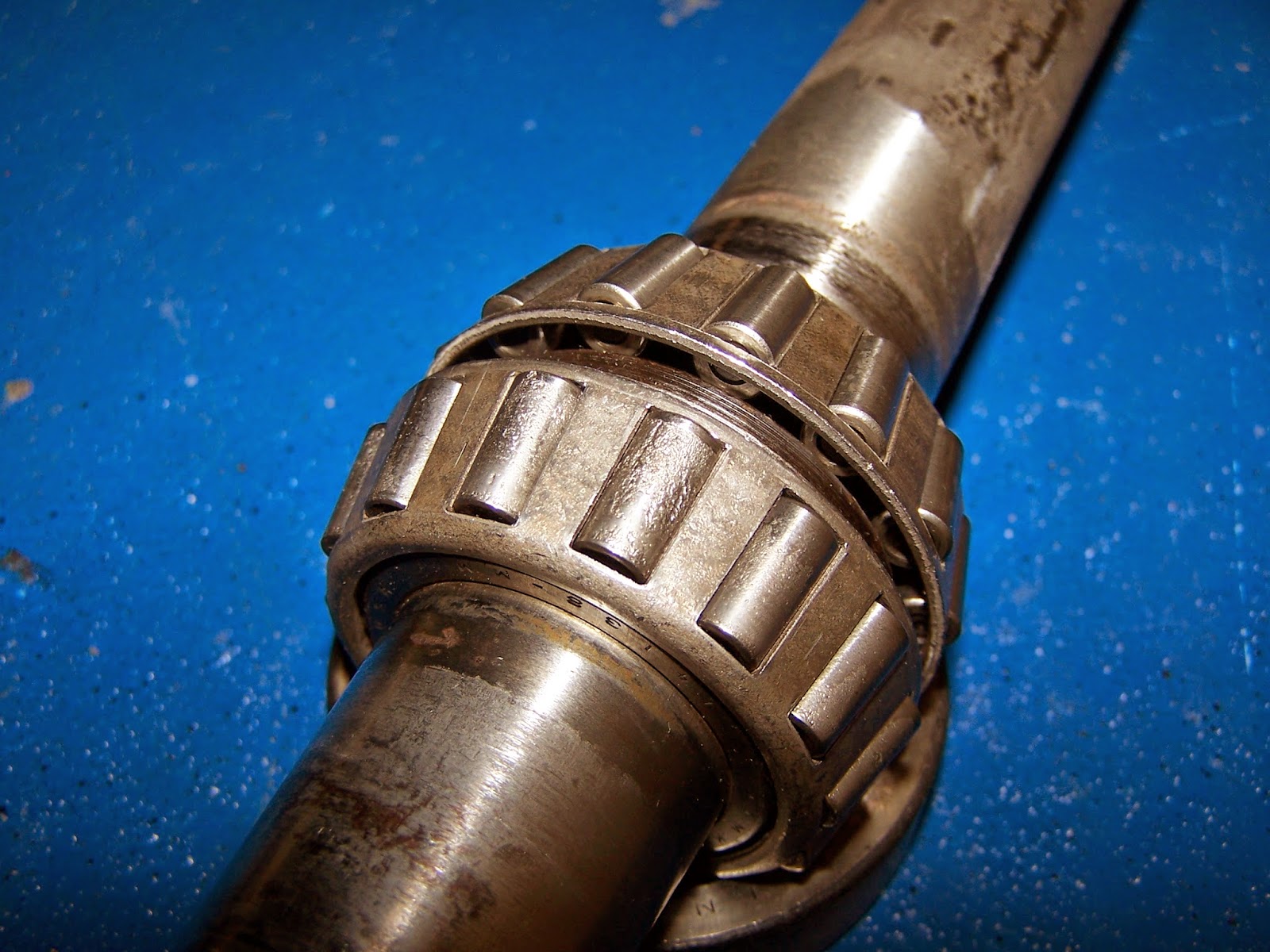 This axle shaft has two Timken tapered roller bearings pressed on back to back.

On this car there are two tapered roller bearings in opposing directions. This is a pretty uncommon arrangement for a street car. I actually really like it because it is incredibly strong and stable under high lateral loading. Not bad for 1931!

In fact, this is similar to Timken's RacePac hub assembly used in NASCAR:


Unfortunately, in 1931 they still used leather grease and oil seals. More often than not I see extensive wear on the machined sealing surface due to trapped contaminants in the leather seal as well as debris and moisture damage to bearings due to incomplete sealing. Over time, leather hardens and the trapped grit turns it into sandpaper and destroys the machined surface. If the sealing surface is bad, a repair sleeve is pretty much the only option. 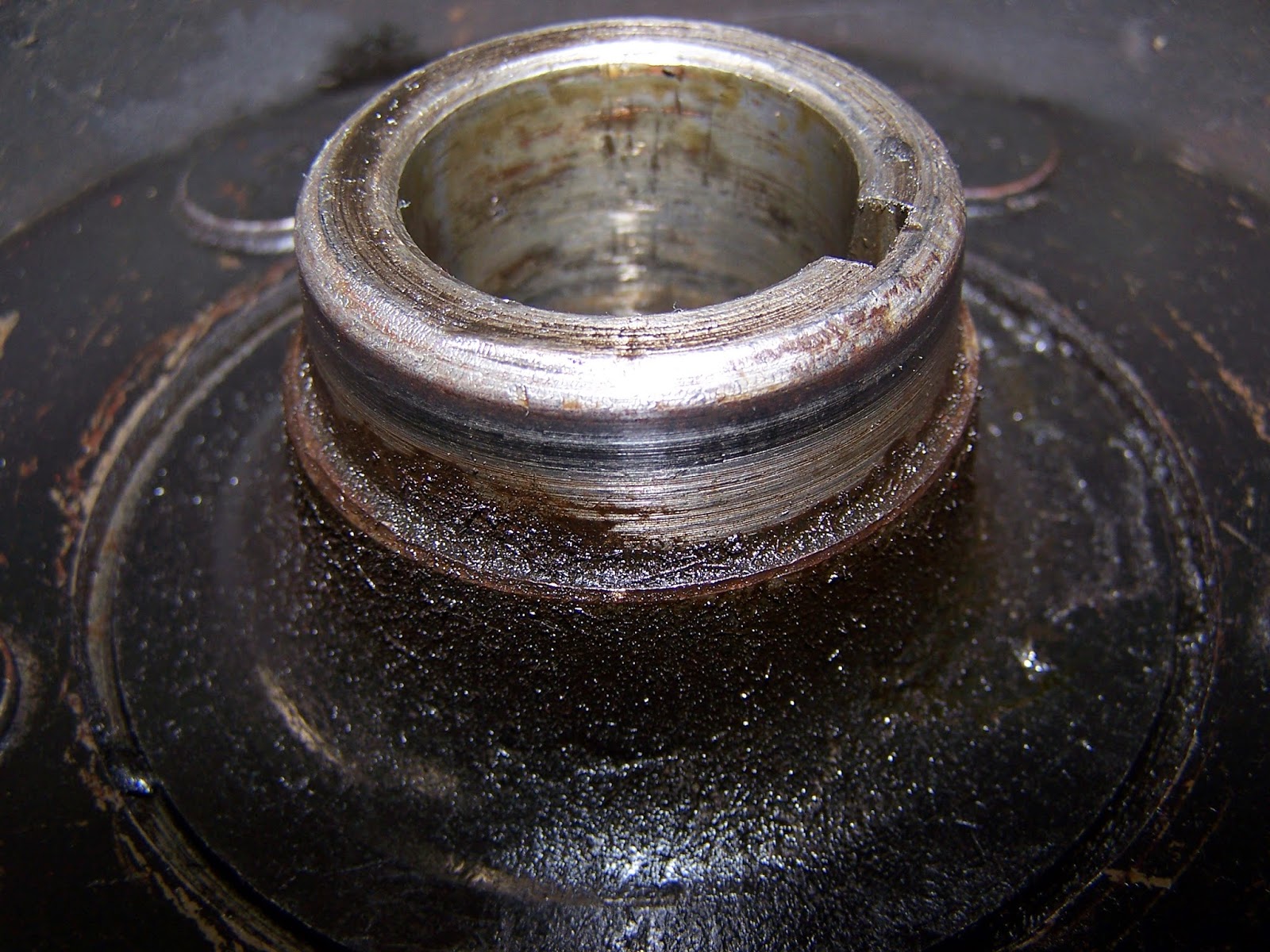 I was surprised to see pretty decent sealing surfaces, except for this drum which is right on the edge of use.


The bearings on the driver's side are toast! 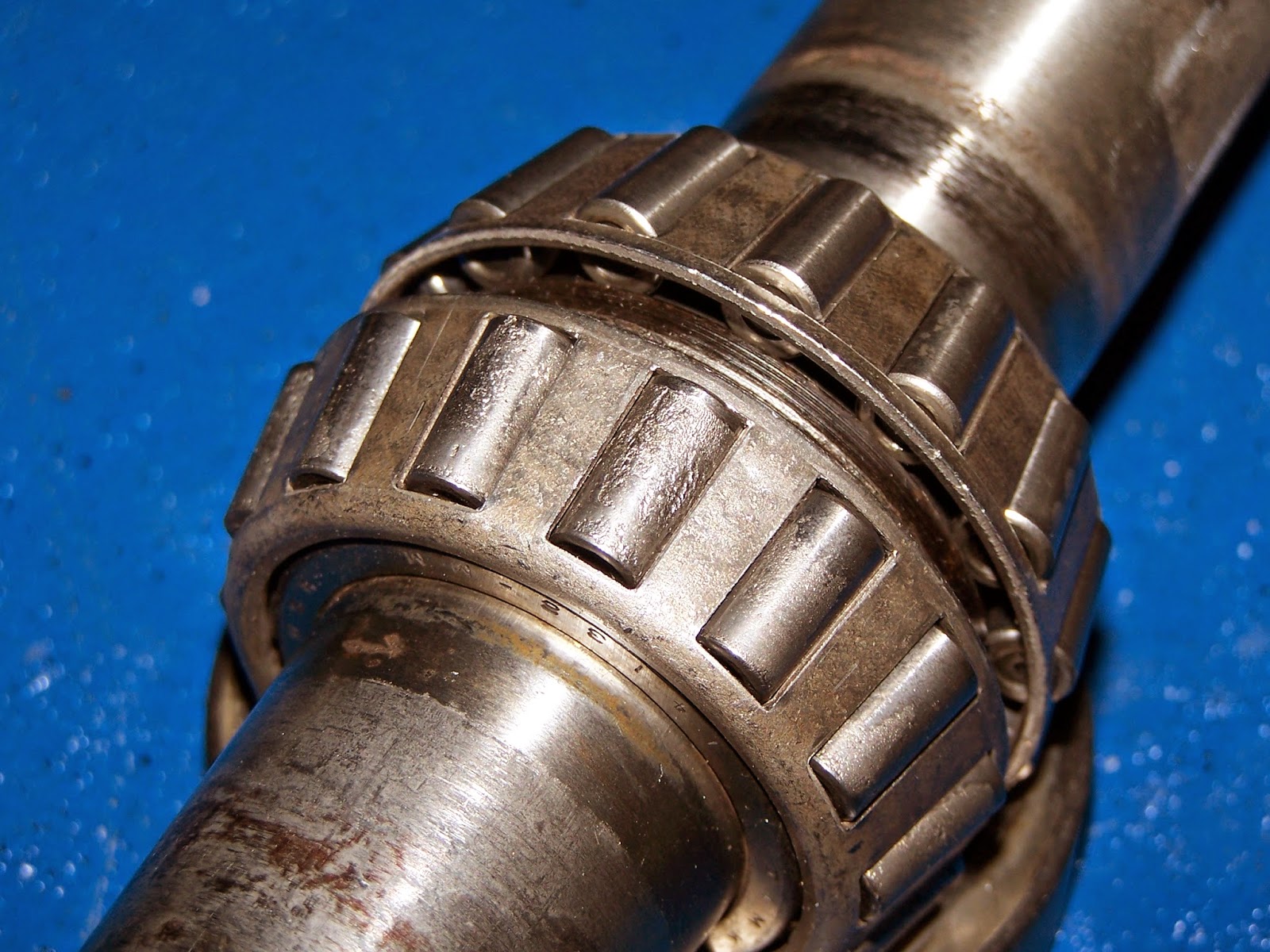 As soon as I find these bearings, I'll remove them and press on a new set. I have also crossed over the seals to neoprene seals using the dimensions of the old ones.

Perhaps due to the increased heat of the failing bearing on this side, the bearing race was a badger to get out of the housing. Usually they come right out, but this one fought back. So, I made a tool. 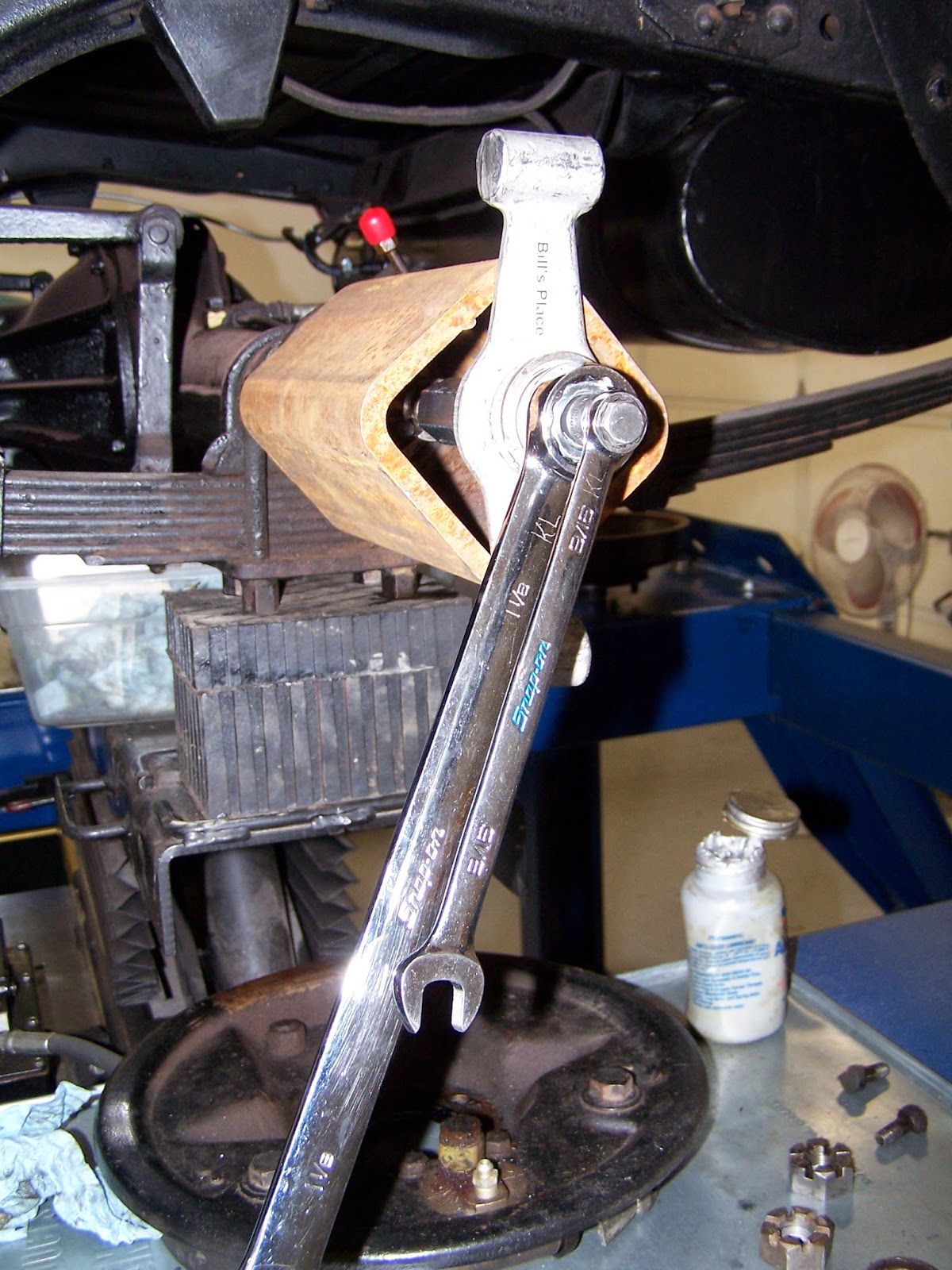 The factory literature shows a tool similar to this for pulling the rear axle. I've had good luck with getting them out another way...til this one. So I used parts of my bolt grip puller set and rear hub puller set along with some square tube of the appropriate size to fashion a tool similar to what is pictured in the service manual. I slathered it up in anti-seize and really cranked on it....then, POP! Out she comes. 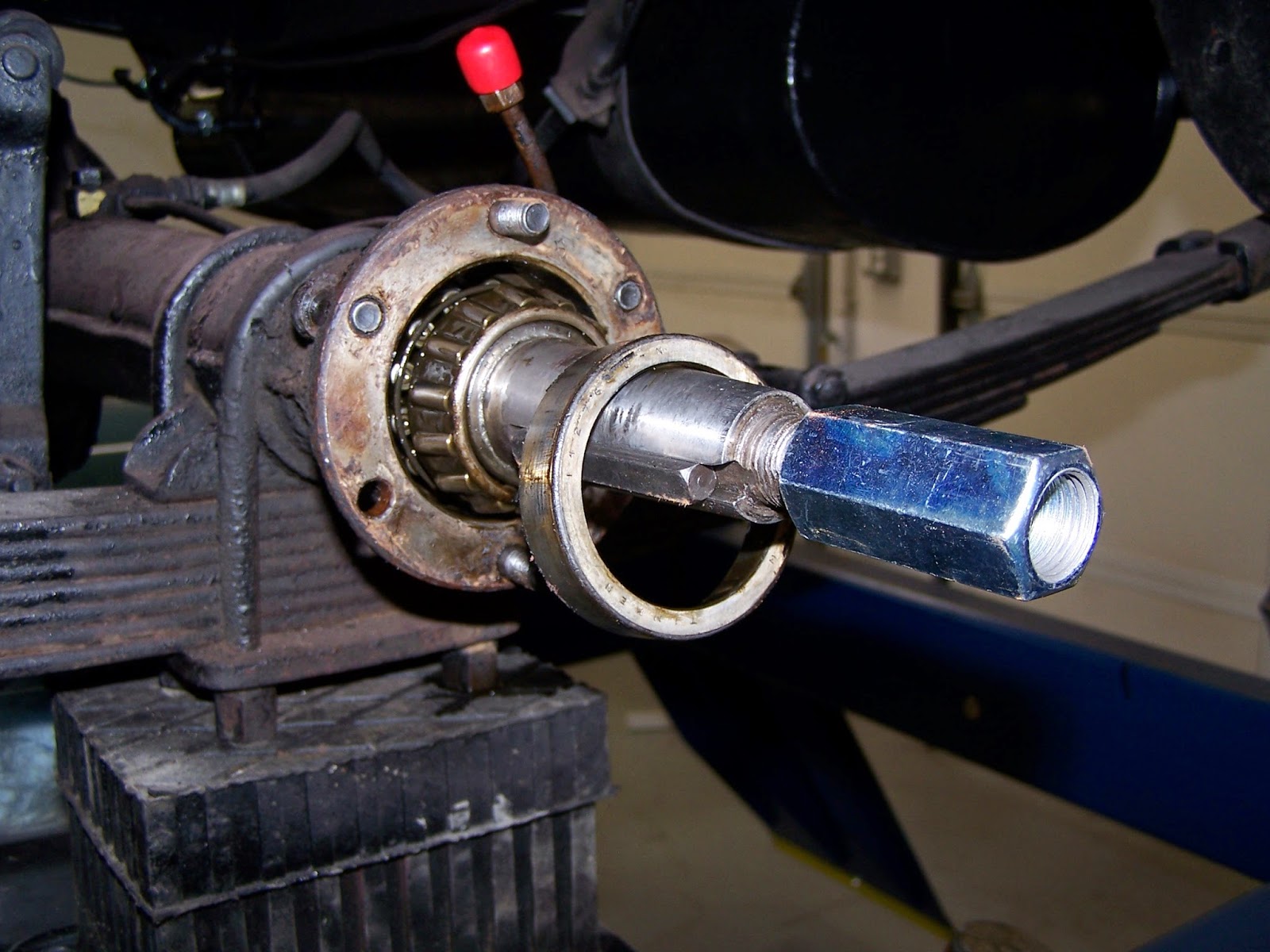 Outer race free from axle housing
Now that I know the tool works, I'll clean it up and paint it so it looks decent. I can't stand shaggy looking tools!

Check back soon to see how everything goes back together! 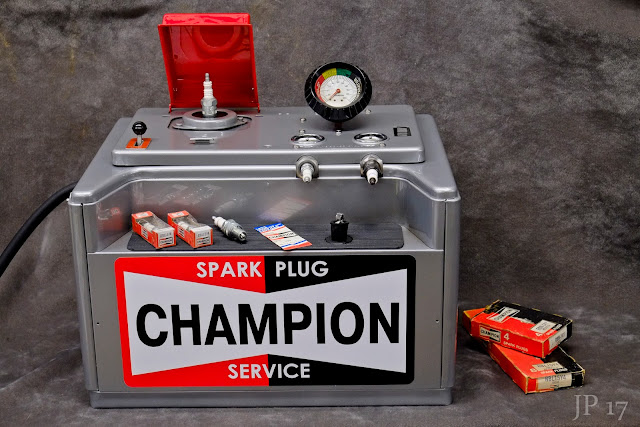